• Dudley has a small percentage of people resident in the UK for less than 2 years (0.3%).  This is notably different to England (1.8%).  All other categories relating to length of residency in the UK have smaller proportions of the population compared to England.  This shows that Dudley has received comparatively less immigration from outside the UK within the 10 years before the 2011 Census. 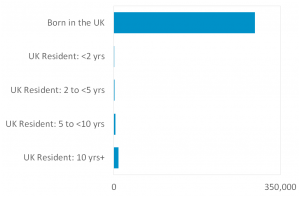 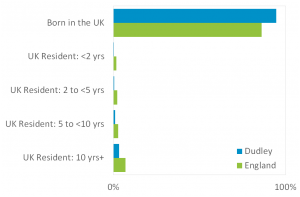