Life expectancies are important measures of a population's health status. Life expectancy at birth, or at a given age, is the average number of years a person would live if they experienced the areas age-specific mortality rates for the that time period throughout their life. 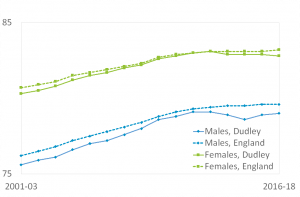 • The life expectancy at age 65 figures are historically lower than those for England, but mirror the increasing trend seen at the national level 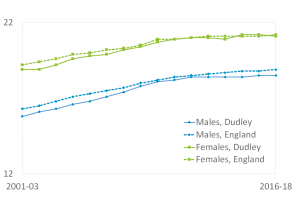